Kolkata is often called the ‘cultural capital of India’. With legendary names like Satyajit Ray, Rabindranath Tagore, Mother Teresa, Amartya Sen and many others, Kolkata is the centre for scholars and artists. You will find elderly men in every para (street) having a meeting in the evenings to discuss idealism and politics having cha-i in matir bhar (matkas). So much for being the cultural capital! Kolkata: The city of realism!

“Calcutta is not for everyone. You want your city clean and green; stick to Delhi. You want your cities, too rich and impartial; go to Bombay. You want them highly technological and full of draught beer; Bangalore’s your place. But if you want a city with a soul, come to Calcutta.” The famous quote quoted by Indian journalist— Vir Sanghvi.

The quote asserts a substantial validity for the one who aspires to live a life in Kolkata and it is true even in its basic sense. The city earned the nickname ‘city of joy for its soulful manifestation of culture, love, paradox, appreciation, vitality and specifically some amazing sweet delicacies. Kolkata is referred to as a city that upholds a perfect bridge between the old world and the modern one.

The residents of Kolkata might have a stagnant approach to life with a mandatory afternoon nap and lazy Sundays but the overcrowded city and the busy roads will make you learn quite a few things with the art of survival in the end. With limited services offered by travel agencies in Kolkata, you can get an efficient deal that will help you to explore the city lights and overlook its beauty.

Every street, every corner of the city has long lived stories to tell. The illustrations on the wall, The sculptures of legendary humans, The artistic footpaths, The lustring Park Street with fairy lights and The yellow taxies make Kolkata different from all the other metropolitans in India, I believe.
Historically, Kolkata served as the British capital till 1912 before it was shifted to Delhi. It is also the second-largest city in India covering the area after the capital city of Delhi. It was a city of esteemed importance and dignified to the British Empire.

If you visit Kolkata for the first time, you are bound to find out that public transport is the lifeline of the city. They are effective and fast, offering vast connectivity. From auto-rickshaws to buses, there are a wide number of options that can be beneficial. If you want to travel back in time, then you can opt for the tram (the cultural heritage of Kolkata), as Kolkata is one of the few cities in the entire world to have this mode of transport.
You might be aware of the Howrah Bridge! And everyone visiting the city is aware of the fact that it is one of the largest cantilever bridges in the world and the only one in India. When in the evening it lights up like a bride, seems like a tangible jewel of Kolkata.

Kolkata is often called the ‘cultural capital of India’. With legendary names like Satyajit Ray, Rabindranath Tagore, Mother Teresa, Amartya Sen and many others, Kolkata is the centre for scholars and artists. You will find elderly men in every para (street) having a meeting in the evenings to discuss idealism and politics having cha-i in matir bhar (matkas). So much for being the cultural capital!

Since Kolkata and intellectualism have a long history, it is only obvious to point out that the National Library of India is the largest public library in the world. And then there is College Street, the second-largest second-hand book market in the world. It is believed that if you don’t find a book here, it probably never existed!

Of course, there are huge stadiums, one for cricket and the other for football, which satisfies every sports lover’s dream. Kolkata is a city that has something for everyone. So whether you are a foodie, a bookworm, haunted by history or just looking for wanderlust, this is the ideal place to be in.

The city Kolkata, taught me the “Art of survival” where I got to learn that survival in metropolitan cities might look tough but not impossible as playing cricket for the very first time. The city taught me various life lessons; from being a part of hustle-bustle mornings, travelling in overcrowded locals with its diversely affected population, living alone with 0.0 regrets, meeting new people, making good friends and bad ones too, you get to know the real faces of people.
In short, Kolkata makes you encounter the reality of life!
You learn, you make mistakes and then be a little more responsible the next time.

The city will make you struggle day and night specifically if you are new and someone who has shifted newly to have a fresh start.
You might face little difficulty at the beginning but trust me, you’ll fall in love with the city of joy at the end and be grateful for the entire process you went through.

Welcome to Kolkata: the city of Realism!

Travel guide- Get ready to travel 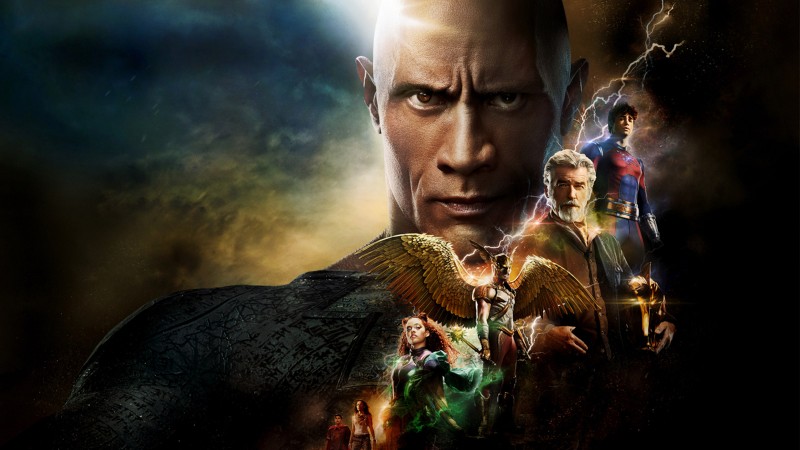 Enter for a Chance to Win a BLACK ADAM Digital Movie

From the Studio: Nearly 5,000 years after he was bestowed with the powers of the...