The most biggest head-scratching part in the Harry Potter Franchise is the arrival of children at Hogwarts. As we know, Harry's father was a pure blood and married a muggle-born woman, therefore Harry took birth as Half- Blood,so its quite unambiguous that Harry had never prospected the world of magic.For instance, if we see some sorts of magic in front of our eyes for the first time, we would probably lose our mind, but what's curious is that the majority of students at Hogwarts belong from Wizarding background and a long-lineage of wizards but are thrilled and stunned after coming to Hogwarts. Naturally, we would foresee them to use and say magic in fantastical ways but they're shocked by seeing even the magical portraits as Harry is. They must've practiced similar magics and adroit them earlier but their reactions doesn't make any real sense here, maybe the magic in their homes was limited only to go-to destination cart.

We've heard the famous saying, " Rules are meant to be broken". However, if you're in wizard training, you're presumed to be better behaved than the average teenagers,as the great power and the great whole responsibility things are put on your shoulders. When your name is Harry Potter, you get away with lot more,as we came across in the 'Prisoner of Azkaban',movie,at the beginning of the show, a thirteen year old used the lumos charm to forge a light under the bedsheet with which he covered himself just to read to read a book, when he could simply turn on the lights of the room. Every wizard under the age of seventeen has a trace-charm placed on them, so that the Ministry of Magic can keep a eye and restrain them from performing magic outside the school. Yet, the Ministry never said anything to Harry, he went on breaking the rules, his actions were strictly forbidden, however performing under-age magic is scrutinized as one of the deadliest sins and Harry was never expelled for creating such illegal magic. All Harry Potter fans knew very well that Harry and his mother shared the same eye - colour. Well, the colour of Harry's eyes described in the books is green, this was changed in the movies, since Daniel Radcliffe's eyes were blue, amazingly the filmmakers hired an actress with blue colored eyes to depict Lily Evans Potter.

Yet, in the 'Deathly Hallows', part two, we confronted one of Snape's flashback to younger version of Lily where she now has brown eyes. What's even uncanny is that Severus Snape had told Harry that he has his mother's eyes. And all likely heard, this was probably a scanty overside by the filmmaker.  Maybe the actresses eye colour was meant to be changed for post production or else someone forgot to get her the blue lenses. It's actually quite funny though, since the producers had an extremely authoritarian while casting Harry Potter and had rejected any brown eye kid without hesitation and then this happened later on in the film series, it's like some form of cosmic justice for brown eye kids everywhere. The eminent part of being a wizard is that you can avail magic for just about anything. You can chant few words and replace the burger on your plate with a whole roasted chicken. So, why did Harry, Ron and Hermione have to stay hungry in the "Deathly Hallows"? Well, in their escape from Voldemort's Death Eaters, the three of them found themselves with lack of food. But by that time,though they already learnt about the law of Elementary Transfiguration, which meant they could've duplicated whatever they found or had around them including "Food". All of what they could do is, catch few fishes and they could've fed themselves for quite sometimes and no one would have starved. What's more unconvincing is that Hermione seems to have totally forgotten about this and that's completely out of character's sense, as she remembers absolutely the whole lot.

5. HARRY's KNOWLEDGE OF THE MARAUDERS.

While making a film, you need to pretend like your audience isn't familiar with the source material because sometimes they are. In the case of Marauders, this is a good example of how the filmmakers just assumed that the viewers had read the 'Prisoner of Azkaban' earlier and knew what they were offering to. For those who read the book you will recall how all the details about the Marauders and their respective nicknames were revealed that life. Yet, this was something that was precluded from the fim. Anyway, if you see the film later, you will see Harry refers to Sirius as 'Padfoot'and Peter as 'Wormtail',the Marauder's nicknames,so, how exactly did he get this secret information about them is bit surprising till now. When you make a series or a movie it has high chances that there will be some erratic situations and questions along the way,after all filmmakers are also humans and they're already so many boxes they need to take when creating a Harry Potter Movie. And all the series of Harry Potter have kept us entertained and attracted us all the way.

11 Netflix Original Shows That Are Worth Bingeing This... 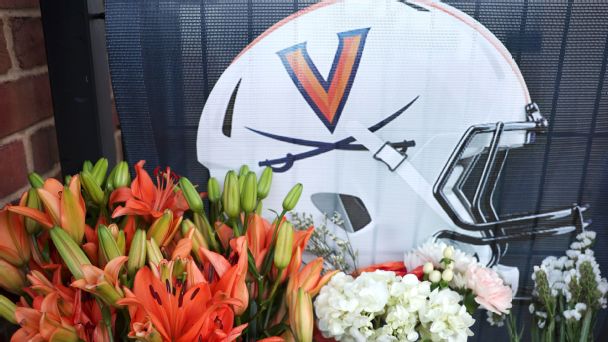 You Can Now Use Gmail to Track Your Holiday Packages

Holiday shopping gets overwhelming fast, and keeping tabs on your many incoming...