"My goal has really shifted not only from creating my own devices to solve the world's problems, but inspiring others to do the same as well. Because, from personal experience, it's not easy when you don't see anyone else like you. So I really want to put out that message: If I can do it, you can do it, and anyone can do it," - Geetanjali Rao, 15 “But then at the same time, we are facing old problems that still exist. Like, we're sitting here in the middle of a new global pandemic, and we're also still facing human-rights issues. There are problems that we did not create but that we now have to solve, like climate change and cyberbullying with the introduction of technology.”

A 15-year-old young girl from Denver, Geetanjali Rao, an Indian-American made into the headlines for being the first-ever “KID OF THE YEAR” by TIME Magazine.  She was being recognized for her amazing work in making the advanced usage of technology for resolving the water contamination issue as the country was facing a lead-contaminated water problem.

She was the chosen one for this title, among 5000 nominations. Ms. Rao was being interviewed by the actor Angelina Jolie. AJo is a time contributing editor, an academy award winner, and also a special envoy of the U.N. high commission for Refugees.

The Interview was virtually done on a zoom call from Rao’s residence in Colorado. During her interview, Geetanjali told her about her amazing works from tackling the water contamination issues to Cyberbullying and opioid addiction. Adding to it, she also told her about her mission to create a global community of young innovators to resolve their problems the world over. Rao also spoke about the problems this generation is facing was never faced before. She said

It's a sad fact that 1 in 5 students under the age of 18 are #cyberbullied. #YoungHero @gitanjaliarao is changing that with her new app called Kindly. See her story and learn more about the app by visiting the link below. (via @InspYoungHeroes) https://t.co/uQSrDI6VmD

"I think more than anything right now, we just need to find that one thing we're passionate about and solve it. Even if it's something as small as, I want to find an easy way to pick up litter. Everything makes a difference. Don't feel pressured to come up with something big,"

Telling about her interest and passions she told Jolie that she was only in 3 grade when she gave a thought to create a social change with the use of technology and science. At the age of 10, she showed a keen interest in researching carbon nanotube sensor technology at Denver Water Quality Research Lab. When asked about her passion for science “That was my everyday goal, just to make someone happy. And it soon turned into, How can we bring positivity and community to the place we live?” “Everything I see on TV is that it's an older, usually white man as a scientist. It's weird to me that it was almost like people had assigned roles, regarding like their gender, their age, the color of their skin”.

Apart from possessing a brilliant mind, Geetanjali when asked if she actually does things that children of her age do during quarantine? She said “I bake an ungodly amount. It's not good, but it's baking. And, like, it's science too.” This may be inconvincible but Rao is just like any other regular 15-year kid. She enjoys swimming, Indian classical dancing, fencing, playing piano, also she is a trained classical singer for the past 9 years now. With her motto of putting a smile on someone’s face, Rao plays piano at the assisted living centers and teams up with the volunteers to organize performances too.

Her name made came into the limelight back in 2017, when she was entitled with  America’s Youngest Scientist by inventing Tethys, a device that detects lead contamination in water. She only took 5 months to make this device being in Seventh grade at STEM School Highlands Ranch. She intended to tackle the Flint Crisis for the cities where the water was lead-contaminated. Rao has also developed apps to tackle cybersecurity issues and opioid addiction. Kindly is one kind of Al-based solution that resolves cyberbullying content in no time. She also developed a solution to opioid addiction named Epione, followed by a mobile application.

She also got featured in Marvel’s Hero Project as Genius Gitanjali, for her impeccable contribution towards society. She told google “I think that being a scientist is like being a superhero because superheroes save people, and want to do what is best for their society – scientists do the same thing.”

Earlier in March 2020, Rao launched her book A Young Innovative Guide to STEM, published by Simon and Schuster. This book serves as an inspiration and a problem solver guide for the people to approach today’s problem in a much creative way.

I am pleased to announce the pre-release of my new book. Today's complex world with its unique challenges needs an innovation movement. The book details a prescriptive process and encourages everybody to be a problem solver!https://t.co/0nyTGSIdek 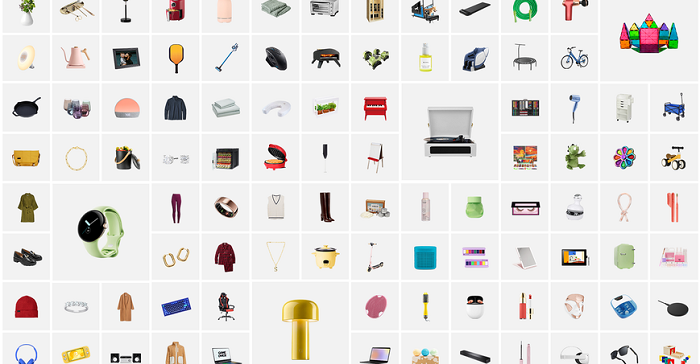 With its most untouched natural beauty, Bhutan stands among one of those tourist... Timeshare Fraud - How To Recognize And Avoid It

Does the ideal of purchasing a timeshare vacation package sound exciting? It should...