Hola Bookworms! Here’s 5 Great Science Fiction Books Everyone Should Read At Least Once

Looking for good books to read? Here is a list of 5 books worth reading at least once. Frank Herbert’s Dune is frequently viewed as a science-fiction masterpiece.  Most Captivating science fiction novel ever written and is also the best-selling science fiction book of all time. The series consists of 18 books. The book is set 20,000 years in the future where computers are banned in galaxies and planets are ruled by noble families. "The Martian," Ridley Scott's film about an astronaut surviving on a desolate planet, is at heart a shipwreck story, one that just happens to take the form of a science fiction adventure.

Andy Weir has scripted a really gripping story in The Martian. Not surprisingly, Hollywood has already picked it up and are working on a movie. The story of a man stuck on a distant planet, having to live by his wits is very gripping. A really good and identifiable protagonist really helps this book. Philip K. Dick's novel Do Androids Dream of Electric Sheep? is probably his best known work, and was adapted into the well known movie, Blade Runner. It follows the story of Bounty Hunter Rick Deckard, whose job is to 'retire' renegade androids who have escaped from the outer colonies.

Do Androids… is set on a near-future Earth, which has suffered the events of a cataclysmic third world war, called 'World War Terminus'

Movie Bladerunner by Ridley Scott,  was based on the Do Androids Dream of Electric Sheep? By Philip K. Dick. The Hitchhiker's Guide to the Galaxy is the first book in a "trilogy in five parts," the next four books being The Restaurant at the End of the Universe, Life, the Universe and Everything, So Long, and Thanks for All the Fish, and Mostly Harmless. This book is pure fun that boasts a far-fetched imagination that doesnt take itself too seriously. It is a wild adventure that uses and builds on some traditional science fiction tropes. The book is full of absurd humour, cynicism and really good logic to back it all up. Forget the movie, you really should read this book. Hotwired to the leading edges of art and technology, Neuromancer is a cyberpunk, science fiction masterpiece—a classic that ranks with 1984 and Brave New World as one of the twentieth century’s most potent visions of the future.

It is, by far, the best work in the cyberpunk genre and is a must-read for fans who love movies like The Matrix and Bladerunner.

Smart Home Solutions : A View from the Future 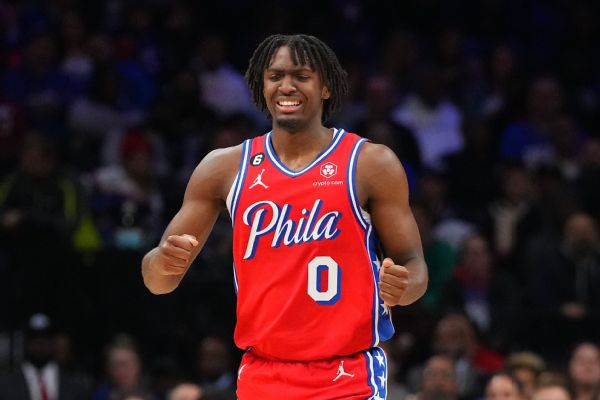 Tyrese Maxey suffered a small fracture in his left foot and is expected to miss...

How to Actually Be Chosen for Jury Duty

If you’re trying to get out of jury duty, the world (and Lifehacker) are full of... The Actual Stages of a Man's Infatuation

Men and women experience falling in love in different ways. Women are moved and...