Since the news of Coronavirus started taking rounds, somewhere deep inside we all knew it’s a message being sent by Nature to save it. Un-fortunately humans are still not paying clear attention to it and there has been a rise in zoonotic diseases, which come as a result of biodiversity damage & deforestation.  There has been an alarming rise in the numbers of zoonotic diseases such as Ebola, Bird Flu, Middle East Respiratory Syndrome (MERS), Nipah Virus, Zika Virus, and the recent Coronavirus. The man-made environmental changes hugely affect the wild-life population, destroy biodiversity which results in environmental conditions that raise pathogens that are deadly for humans.

The land of seven sisters states i.e. Northeast India has marked a sudden increase in infrastructure growth and has been receiving funds for socio-economic development from the Central Government. The effort to hasten growth in the region has been made by the Centre which includes the North East Special Infrastructure Development Scheme (NESIDS), which is based on the overall boosting of the economy in the Northeast region. It has become the gateway of South East Asia under the Act East Policy. We are seeing many “longer”, “biggest” projects in the region.

Infrastructure projects surely increase connectivity and become tourist attraction spots that foster business & growth in the region. But, on the other side, revenues are increasing while rich biodiversity is on stake. In the recent news, the National Board for Wildlife (NBWL) has agreed to a proposal for recommending the usage of 98.59 hectares of land belonging to the Dehing Patkai Wildlife Reserve, which is focused on coal extraction by Coal India Limited. A proposal was discussed by NBWL for the use of 98.59 hectares of land for a coal mining project by North-Easter Coal Field (NECF), a unit of Coal India Limited. We know that Saleki is a part of the Dehing Patkai Elephant Reserve, which comes under the Dehing Patkai Wildlife Sanctuary with coverage of 111.19 Sq. Km of rainforest and several reserve forests in Dibrugarh, Tinsukia and Sivasagar districts.

India has been under lockdown due to pandemic, the Union Ministry of Environment, Forrest & Climate Change (MoEFCC) seems dead focused on industrial and infrastructural projects at the harmful cost of the environment. A new set of rules i.e. the draft of Environment Impact Assessment (EIA) notification of 2020 has been proposed by the ministry which replaces the EIA notification of 2006, which is contrary to the principles of Environment Protection. The approval granted by the NBWL is in violation of the Forest (Conservation) Act, 1980. A 30-year mining lease was issued in the year1973 and since then CIL’s subsidiary North Eastern Coalfields has been mining in the area.

The lease which was granted expired in 2003 and Coal India Ltd. Had to apply to MoEFCC for lease renewal in 2012. But in all these years, coal mining continued. As per the law, no mining activity should have been allowed until the renewal of the lease. Until now no action was taken, in May 2020 the Assam Forest Department charged a fine of INR 432.5 million on Coal India Limited for illegal mining in the reserve forest.

It is evident that MoEFCC has allowed coal mining in Dehing Patkai Wildlife Sanctuary which has affected the biodiversity and forests. In a meeting held on April 7, 2020 between Assam’s Chief Wildlife Warden, R. Sukumar and a representative of the local wildlife division which focused on assessing the mining area stated that 57.20 hectares of forestland has already been broken up by NECF & rest 41.39 hectares was steady. NEFC will have to submit a feasibility report consideration of the unbroken area.

An enormous area of Dehing Patkai is inhabited by elephants, which are in danger due to the mining project. The area is under the effects of industrial pollution already. Located in the Dibrugarh, Tinsukia & Sivasagar districts, Dehing Patkai covers a total area of 111.19 sq. km. The river that flows through this forest, it is called Dehing while Patkai is the name of the hill. The area was declared a wildlife sanctuary in 2004 and it also is part of the Dehing Patkai Elephant Reserve. It forms the largest stretch of tropical lowland rainforest in India, also called as Amazon of the East. It has seen around 47 mammal species, 47 reptile species & 30 butterfly species, constituting rich biodiversity. There are around 293 bird species along with a tall Hollong tree that dominates the sanctuary. Many ethnic groups are part of the area including indigenous Assamese communities, Tai Phake, Khamyang, Khamti, Moran, Ahom, Muttack, Nepali people, and Tea-tribes. The government has taken such a big step which directly affects the Amazon of the East. Coal mining impacts the environment deeply, in a paper published by researchers, it states that coal mining degrades the natural environment & destructs the flora & fauna. It contributes to dust & noise pollution in the area & most of the time illegal miners leave the mines open to nature.

The area is now an abandoned field & as per the order by a bench of the Supreme Court of India on January 2020, headed by Chief Justice of India S.A Bobde, the area needs to re-grassed and restored to fit its flora & fauna. The bench showed deep concern for the environmental issues caused by mining which include erosion, sinkhole formation, biodiversity loss, plant uprooting, soil contamination, etc. It’s all due to human behavior which has resulted in pandemic & many diseases. To avoid such epidemics, diseases caused by pathogens, all the nature harming activity needs to be ended.

Our immediate goal has to break the Coronavirus spread & also to start preserving nature to prevent biodiversity loss. As the lockdown has commenced, we have seen a huge decrease in levels of pollution, replenishment of resources, etc. Northeast region of India has been fighting Covid-19, racism and now we have to fight & preserve our natural resources. It’s time to come together & save mother nature. 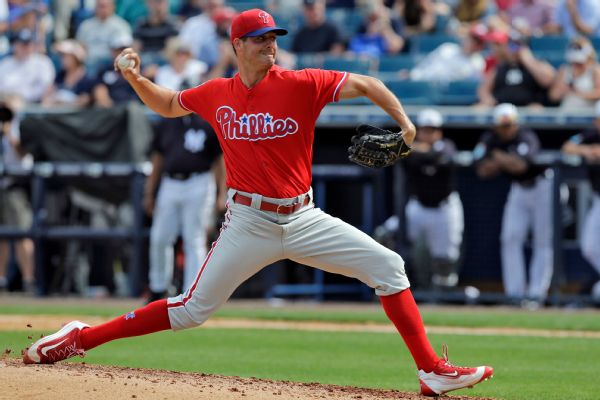 Mark Appel, the 2013 No. 1 overall pick whose baseball career included a three-season... The much-advertised film Red Notice is good to go to be delivered on 12 November...