Armed Forces Flag Day 2020: Let’s Remember to Pay Our Tributes To The Real Heroes Of Our Nation

Our Three branches of Indian Armed forces- Indian Army, the Indian Air Force and the Indian Navy,  organize various kinds of programmes on Armed Forces Flag Day to pay respects to all the soldiers protecting the nation.

Several soldiers sacrifice their life for the protection of our nation. They sacrifice their comfort, family, love and everything in order to protect the country from enemy’s attacks and they face all the odds in their way, ignoring their own needs and comfort. Armed Forces Flag Day is celebrated on 7th Dec, in order to honour the brave soldiers putting their lives at risk every minute in order to protect the country. This day is entirely dedicated to show respect to all the martyrs and men in uniform who works so hard and also this day is utilized for collecting funds from people for the welfare of the Armed Forces personnel.

Common people generously contribute to Bharat Ke Veer Fund for the soldier’s families lamenting the death of their dear one who had lost their lives in the line of duty. Defense Minister- Rajnath Singh has also shown confidence that the corporate sector will also contribute to the welfare of ex-servicemen. The most important objective of celebrating  Armed Forces Flag Day, from the beginning was to collect the funds from people for the betterment of the Armed Forces staff just by selling batches, Indian flags stickers, and other items. The Ministry of Defense on 28th Aug 1949, decided to celebrate this day, in order to honour the soldiers, sailors, and airmen. Intentions of celebrating this day is to honour and pay tribute to the brave hearts and martyred soldiers who are willing to sacrifice everything for their country’s protection. Indian Armed Forces Flag Day privides rehabilitation to the war victims and their resettlement, it also establishes cultural connection among the Indians and Armed forces people.

The collection of fund is managed by the Kendriya Sainik Board in India, which is a part of the Ministry of Defense. It is also controlled by the managing committee and observed by both the official and non-official voluntary organizations. 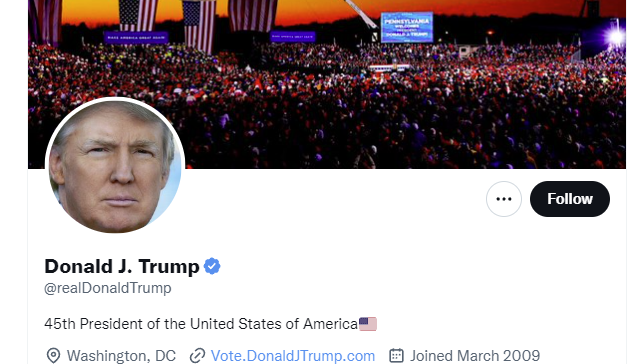 Trump is back, though he says that he won't be tweeting anytime soon.